This question dates back to as early as elementary school for most.   The question may even apply to those that wonder the same about their parents.  There is a matrix that can be decoded to ease the curious mind.

Our special guest this week is Author Kimberla Lawson Roby. 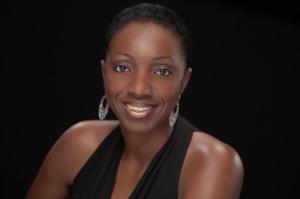 New York Times Bestselling Author Kimberla Lawson Roby has published 19 novels which include A HOUSE DIVIDED, THE PERFECT MARRIAGE, THE REVEREND’S WIFE, SECRET OBSESSION, LOVE, HONOR, and BETRAY, BE CAREFUL WHAT YOU PRAY FOR, A DEEP DARK SECRET, THE BEST OF EVERYTHING, ONE IN A MILLION, SIN NO MORE, LOVE & LIES, CHANGING FACES, THE BEST-KEPT SECRET, TOO MUCH OF A GOOD THING, A TASTE OF REALITY, IT’S A THIN LINE, CASTING THE FIRST STONE, HERE AND NOW, and her debut title, BEHIND CLOSED DOORS, which was originally self-published through her own company, Lenox Press.

She has sold more than 2,000,000 copies of her novels, and they have frequented numerous bestseller lists, including The New York Times, USA Today, The Washington Post, Publishers Weekly, Essence Magazine, Upscale Magazine, Emerge Magazine, Barnes and Noble, Amazon.com, Wal-Mart, The Dallas Morning News, and The Austin Chronicle to name a few, and both BEHIND CLOSED DOORS and CASTING THE FIRST STONE were #1 Blackboard bestsellers for four consecutive months in both 1997 and 2000. BEHIND CLOSED DOORS was the #1 Blackboard Best-selling book for paperback fiction in 1997.